Everything You Need to Know About Micro Frontend

Everything You Need to Know About Micro Frontend

When to Use it, Why, and How to Do it Properly 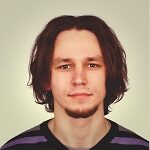 For years software development has been focused on the backend systems and processes that speed up production. While the overall approach to splitting tasks in development is positive, the same ideas can be applied to the forward-facing side of creating software by implementing a micro frontend approach. This helps eliminate many issues surrounding a monolithic philosophy of software development.

Today’s rapid consumer demands require a more flexible development system. It helps to break down processes and projects into smaller chunks because you can grow an MVP faster and because it allows more direct adaptation to new needs that pop up during the active use of a project. While the monolithic approach to getting a project off the ground does work, its ability to actively respond to unforeseen situations is not as powerful for several reasons.

When a monolith contains a lot of services, every single one must be confirmed, tested, and deployed. That means if you have an issue with one service, you have to wait for all the others to get on board before you can relaunch a new instance of your program. This is also true if one stage in the pipeline fails. Instead of quickly fixing the individual chunks like with micro frontend architecture, you are stuck waiting while the entire project is derailed.

By definition, everything inside monolithic architecture follows the same infrastructure. This is like a containment unit where if a leak opens in one area, the entire thing must be reevaluated. Not only does this cause problems in affordable scaling, but it also means parts and services with different functionality must be contained in a single infrastructure, further restricting their use case potential.

Intertwined nature of a monolith makes the system hard to understand for new team members. They face a massive labyrinthine codebase because even the minor alterations provoke changes in the whole system.

The point is you need a more adaptable way to update, repair, deploy, and communicate between different departments, and that is possible with the new trend of micro frontend development.

What is Micro Frontend

At its core, micro frontend is a new way of building software and web-based applications by splitting up different components or services of a project into smaller deliverables that can be brought together for the whole end product.

The goal is to reduce cross-team dependencies that slow down development while also increasing the ability to respond to new updates, needs, or market demands all through a single-page architecture. This creates a ton of new flexibility beyond monolithic architecture because you do not have to rely on the entire software deployment package for changes, only specific segments.

The most crucial benefit of micro frontend architecture is the independence of constituent modules. This creates a more flexible project, software, or website design capable of meeting the ever-changing demands of current market whims. Let’s learn how:

As you can see, micro frontend has many benefits which makes it an appealing option. Now let’s look at what challenges it has.

What are the Challenges of Using Micro Frontend

The speed and flexibility of micro frontend certainly helps bring projects to a final product state faster than with monolithic design. But there are some hiccups that need to be accounted for when planning resources and timelines. These can include:

This is actually where hiring the experts at SENLA can drastically influence the success of your next project. Instead of jumping into a software application or website infrastructure using micro frontend, you get experts who understand when to use micro frontend or monolithic design.

Our years of experience in the field gives us insight into what tools, architectures, tech stacks, and processes are best to deliver a quality product on time to your team.

Reach out today to schedule a consultation with our experts. We have the development expertise and project management knowledge you need to get your next project off the ground.

When to Choose Micro Frontend for an App’s Development

Understanding the different needs of a project is critical to its overall success. That includes knowing what human assets, frameworks, tech stacks, and other resources to properly allocate. Micro frontend offers a lot of benefits to app development and should be leveraged when you are facing a situation like:

When Not to Choose Micro Frontend for Your App

Monolithic architecture does have certain use cases that are better to leverage. Like most things in software, app, and website development, adapting to the situation and project is far more important than sticking to a single philosophy.

Whenever a project is on the smaller size or form factor, it may be better to go with a monolith. The goal is to get your app to the market as quickly as possible and when the overall size is manageable enough with a single codebase, then it makes sense to stick to monolithic. Trying to introduce a ton of diversification will not be helpful because splitting parts into multiple units could slow down development and testing.

Simplicity is the other big reason to stick to monolithic architecture. When the challenges facing your project are relatively easy to overcome, there is no reason to introduce the complex structure and management of the micro frontend because the job can be done within a single infrastructure.

Integrating a micro frontend architecture into your project does not have to be a complicated endeavor. It helps to stick to a core set of ideas to smooth out the process and ensure everyone on your team is efficiently functioning at their best.

Make sure you have the workflow organization already in place before starting the project. This could include how every team will communicate between one another and what leadership is in charge of what decisions. Creating the infrastructure of management is just as important as the project's infrastructure.

Try to utilize automation wherever possible to save time and improve communication. This is especially helpful for the teams located in different areas or using multiple languages. Having project management software or telecommunication systems improves how well every unit will be integrated. It keeps teams properly informed of the overall implementation process.

You also do not need to overuse micro frontends. Try to find the right balance by preselecting the units you want to break your project down into. This will help streamline the final process and make development so much easier. It can be surprisingly attractive to try and segment everything, but that may not be necessary.

This is another area where hiring our consultant team at SENLA can offer incredible value to your next project. We have been working with micro frontend development for years and understand how to streamline the process with the appropriate amount of leverage from every aspect.

Our team will work with you and your project to get an MVP off the ground quickly, utilizing adaptive IT and project skills like BA, UX/UI design, development, QA, etc. We have the skills you need in a proper micro frontend balance to get the job done right.

There are a few areas where using a micro frontend framework greatly improves developing, upgrading or introducing new systems.

A good example is the reuse of an existing application by integration into another app. Instead of introducing alien code into a monolithic architecture, you can create a micro frontend solution that smoothly integrates and lowers the risk of any potential harm to the underlying code.

Security concerns or protecting specific intellectual properties are a lot easier with micro frontend development because it can segment out units to specific teams. If you have proprietary code for banking and only want certain team members working on that section of your app, you can divide the rest of the tasks with other teams. This helps prevent exposing the entire group to the code that is your competitive advantage.

Anytime you want to add new capabilities or functionality to a legacy system, you can use micro frontend architecture. This is quite common because it can be challenging to find the original devs who worked on the project.

We have got your back! Our expert team can develop a system from scratch for you or reinforce your team with the specialists you need to get your MVP to market. We work hard to listen to your unique needs and bring in the talent necessary to get the project off the ground. So book a consultation with our professionals today, and let’s build something great together!

SENLA software developers are your full-time employees, and they’re as dedicated to your success as your in-house team.

You, your tech lead, or your project manager communicate with the dedicated development team directly. No middlemen, no miscommunication.

You pay your developers’ salaries and a flat monthly fee for our services.

Change team size with only one month’s notice. Request advanced IT security. Travel to our offices to work alongside your software developers or bring them over to your headquarters.

I'm only looking to find a team asap. Can you help?

Sure! We can deploy a team within 10 working days.

What if I want to scale a team to 15 people?

We have lots of engineers & we also add engineers (in case of sick leaves & vacation) in big teams to ensure delivery.

We want developers with Agile experience. Do you do that?

Of course we do! We hire top engineering experts that follow and create industry standards.

More than six hundred technical experts are ready to work